You are here:
Newsletter & Report 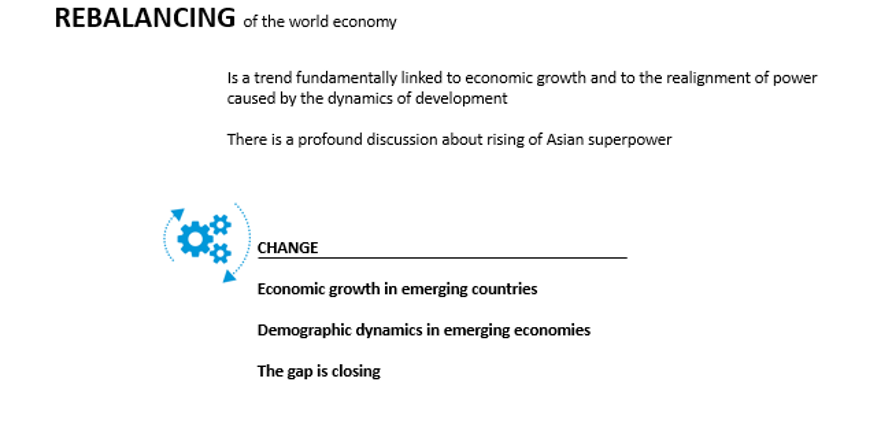 The rebalancing of the economy is a trend fundamentally linked to economic growth and to the realignment of powers caused by the dynamics of development. Nowadays there is a profound discussion about the rising of the Asian superpowers, but what most fail to acknowledge is that this won’t be the debut of Asia as a leading region in the economic stage.

Economic growth will be registered outside the traditional developed world (US, Europe, Japan) and will be concentrated in the emerging countries (Asian countries)

The gap is closing

Countries in the developing world are quickly catching up, not only in economic terms, but also in other aspects, such as the use of new technologies

Emerging markets will rise and grow, becoming attractive destinations for many companies and brands. Consumption growth will shift from conventional traditional developed markets to emerging ones

With the current economic issues impacting the European and American economies, companies from these countries will focus their attention on Asian markets where they already have manufacturing units, which approximates production to market. However, a close to production status will mean a higher distance from traditional consumption markets

Some of the new developing countries such as China, have markets that are geographically disperse, which requires a huge investment and a significant financial effort from companies to approach them