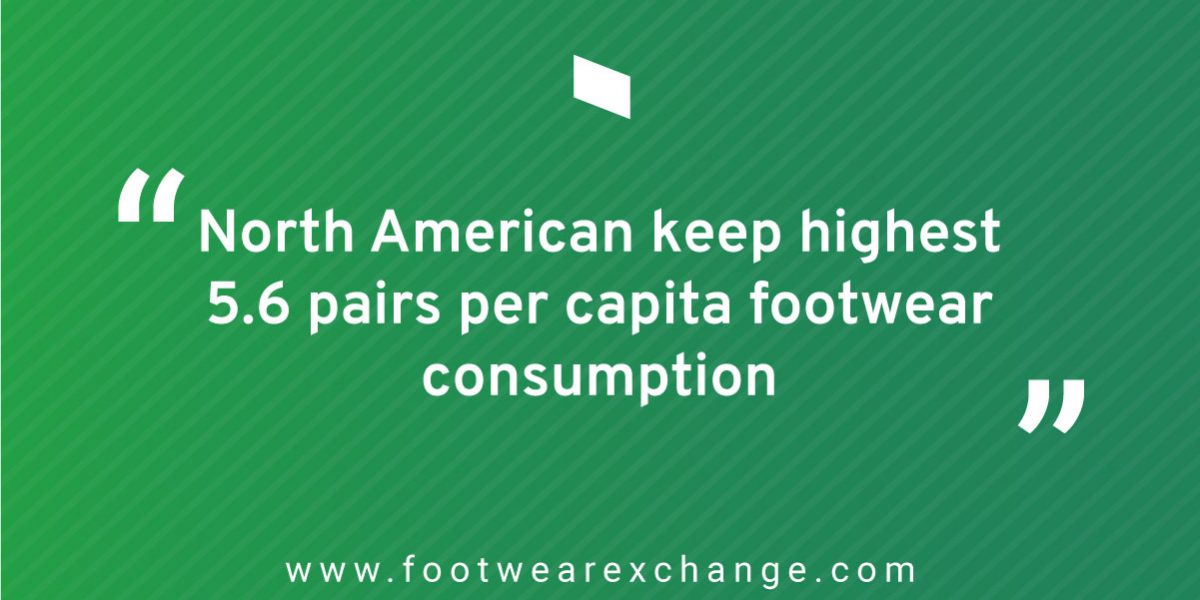 Nonetheless, there are still important geographic differences in consumption patterns: per capita footwear consumption varies between 1.6 pairs in Africa and 5.6 pairs in North America. With 4.4 pairs per person, Europe and Oceania approach North American patterns whereas Asia, with 2.6, is closer to Africa’s. Therefore, it seems that it is mostly in the latter continents that footwear consumption has more room to grow, according to World Footwear Yearbook 2020 report.