Call for papers ahead of 10th Freiberg Leather Days

Organizers are calling for speakers to submit lectures ahead of the 10th Freiberg Leather Days in Chemnitz, Germany, taking place on May 11-12, 2022.

Organizers are looking specifically for lectures from the following fields:

Speakers have already begun to submit presentations and, if you would like to join them, you can do so via the abstract submission system on the

ANTA now in Bangladesh in Association with STEP. 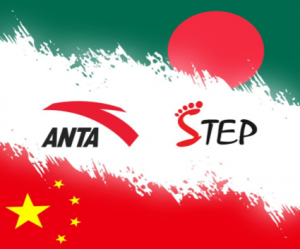 Pran-RFL Group, one of the country’s leading industrial houses, plans to invest Tk 1,700 crore to expand its footprint in consumer goods, poultry, and mobile assembling, the group said yesterday.

Out of this investment 350  Million BDT is for Footwear industry expansion. 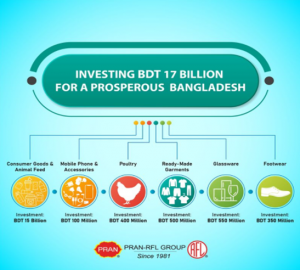 Maersk to set up warehouse in Chattogram

Maersk is going to set up a customs bonded warehouse in Chattogram in its bid to strengthen its footprint in Bangladesh, a move that will provide much-needed relief to exporters and global buyers from congestion.

The global freight forwarder said it is establishing the 200,000-square-foot warehouse in partnership with Ispahani Summit Alliance Terminals Ltd (ISATL).

Bangladesh’s exporters and their overseas buyers will be able to start using the facility from July 2022, once the first phase is completed, said Maersk.

The disclosure comes at a time when Chattogram port is registering an increasing flow of containers buoyed by Bangladesh’s growing shipment of goods abroad and imports to feed the fast-expanding economy.

MAF Shoes, a sister concern of TK Group, is set to invest Tk 1,118 crore to establish an export-oriented footwear manufacturing unit alongside other backward linkage industries at the Bangabandhu Sheikh Mujib Shilpa Nagar (BSMSN) in Chattogram.

MAF Shoes is already in the process of establishing their second unit at the Nasirabad industrial zone at cost of Tk 137 crore. The facility is set to go into commercial production in March next year.

The company produces a wide range of footwear for all age groups and provides complete manufacturing solutions under one umbrella, engaging 8,500 workers in the process.

MAF Shoes is one of the most reliable and dedicated sourcing partners of Decathlon, a leading sportswear retailer based in France.

The Timberloop scheme enables customers to return any used footwear and apparel to give them a new life. It is part of the VF-Corp-owned-brand goal of reaching full circularity by 2030

Returned products will either be disassembled in parts that will later be reused, recycled/upcycled into new products, or refurbished for sale on a dedicated website, which will be launched in the coming Spring.

Currently, the service is only available in the US, and the first stores to offer the take-back program are in Grand Island and Hasting, Nebraska. Nonetheless, customers across the US can use the postal option. Each Timberloop participant will receive a 10% discount on the next purchase.

Coppola will succeed Michel Aballea, who has worked with Decathlon since 2015. The appointment will take effect in March.

“We are convinced that Barbara will be able to lead this transformation while respecting our values,” said Fabien Derville, chairman of Decathlon.

Decathlon currently operates more than 1697 stores across 70 countries and regions.