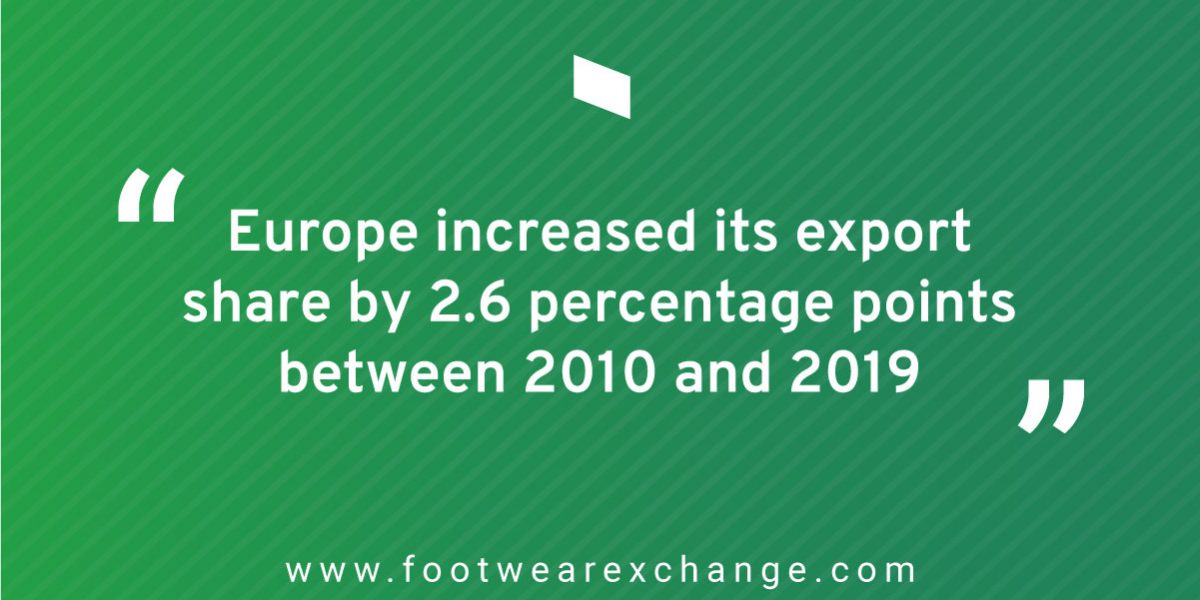 Some 15 billion pairs, or 62% of all footwear produced, were exported in 2019. Unsurprisingly, Asia is the origin of most of these exports with a world share (83.9%) that resembles that which it has in footwear production. However, its export share has decreased slightly over the last decade, as has also happened with every continent but Europe:

Europe increased its share by 2.6 percentage points between 2010 and 2019, according to World Footwear Yearbook 2020 report.