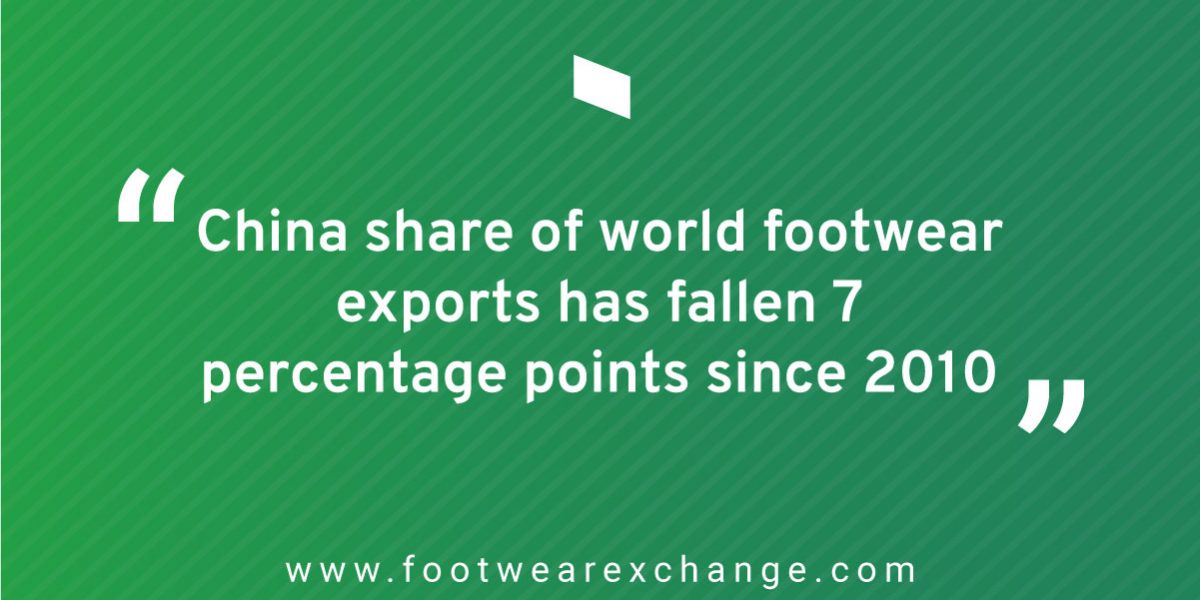 China was the source for almost two out of every three pairs of shoes exported in 2019. However, its market share has been steadily declining over the last decade: since 2010 China has now lost 7 percentage points (p.p.) whereas Hong Kong has lost a further 2.4 p.p., falling from 3rd to 15th position among footwear exporters. Moving in the opposite direction, Vietnam has almost doubled its market share over the same period. India and Turkey have also shown remarkable performances throughout the decade, climbing respectively from 22nd and 16th to 5th and 6th positions. Above them, Germany is now Europe’s largest exporter of footwear, having surpassed Italy and Belgium, according to World Footwear Yearbook 2020 report.